Overview of Orthotics
Orthotics are orthopedic devices that are used to alter or modify foot function and are designed to treat, adjust, and support various biomechanical foot disorders. The closed cell construction of ICB Orthotics ensures they will resist compression and distortion, and have a longer life span. It is a simple, straightforward process for the Practitioner to mould and custom fit the ICB Orthotic to effectively treat specific conditions.

Almost every shoe size, style and design varies slightly. To accommodate for these differences ICB Full Length Orthotics can be
trimmed to ensure a good fit. Before trimming, remove the manufacturer insoles and use them as a template to trim around the distal edges of the orthotic with scissors.

Heat Moulding to a Plaster Cast 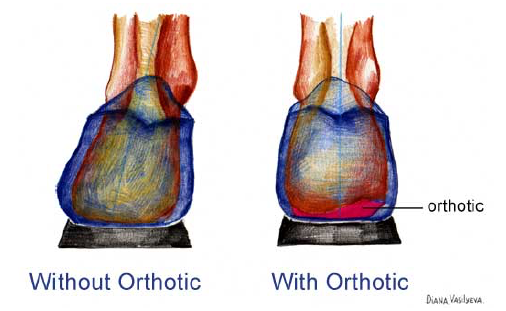